Wall Writers explores graffiti's eruption into mainstream society in the period of social turmoil in the late 1960s and early '70s, and takes a Gloser look not only at early graffiti's place on the wall but its place in the culture of the time. More comprehensive than any other book on the subject, Wall Writers explores not only early graffiti writing itself but the writers creating it, and the culture that drove them to write—be it a need to rebel against the government, to pass a message, or simply be recognized by society. Hundreds of images of everything from spray paint advertisements to commercial greeting cards to images of buildings completely covered in spray painted monikers are included, and reveal the context of the beginnings of a movement that would eventually grow to "transform city life, public transit, public art, and ultimately visual art the world over." Includes interviews and profiles of some of the most prolific writers of the time, including TAKI 183, CORNBREAD, and dozens more. 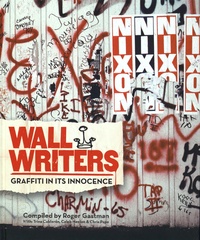 Wall Writers: Graffiti in Its Innocence Exhibition Posted on April 26, 2017. Photo: COCO 144, 1974. Photo by Michael Lawrence. Courtesy Roger Gastman. Graffiti is a basic human impulse. From the oldest known cave paintings, going back 40,000 years in the Maros region of Indonesia to a toddler in 2017 who has discovered the magic of crayons and walls, the desire to leave a mark speaks to a ...

Dokument Press publishes and distributes books all over the world focusing on subculture and street expressions in art, photo, music, fashion and film.